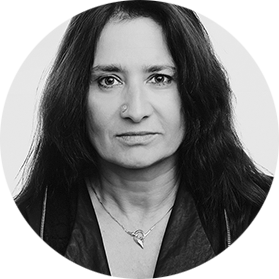 For me, a film is always a form of communication between director and audience. I love the idea that everybody creates her/his own version of my film, taking in the images that I have provided and completing them in their own minds. This connection is something very special. Filmmaking is the only thing I can do.

It is often just a glimpse of a feeling that makes me decide to accept a certain project. I don’t work within a specific genre or format, as I have made short, independent documentaries such as EASY MONEY about young punks in Vienna, as well as feature films such as TWILIGHT OVER BURMA, a romantic History Drama, brutal TV crime series or the new Austrian Comedy series VORSTADTWEIBER, which has become the most successful Austrian TV-series of the past ten years – almost over night.

The films I create, are based on the relationship between different characters and the various images in their constellation to each other. I do everything I can to prepare myself before shooting. Nevertheless, I always try to catch the very moment – that special moment that goes beyond. I love to take scenes, heat them up, cool them down until I think NOW! I like to go beyond borders, I like to try new things. My analytical view is guided by my curiosity – in the process of finding and structuring material, while shooting, editing… I’m interested in stories and relationships between people. I’m curious about how they work, how life works.

Sabine Derflinger, born in Upper Austria, studied at the Film Academy Vienna, emphasizing on “Cinematographic narration between epic and dramatic art” (final thesis). Subsequently she has produced various award-winning feature films and documentaries (e.g. 42plus, Day and Night).
In 2010, Sabine Derflinger founded her own production company, Derflinger Film, producing independent films and documentaries, in addition to promoting international cooperation (e.g. „Those who can tell no tales“ (directed by: Jasmila Zbanic), „Em Familia“ – Globo TV).
In 2011, she became the first woman ever to direct an episode of the well known German/Austrian crime series Tatort („False Labelling“), receiving the „Grimme“ Award 2014, for the episode „Down for the Count“.
2015/2016 Sabine Derflinger set up and directed the new TV-series „Vorstadtweiber“ („Suburbia – Women on the Edge“), which has become the most successful Austrian TV-series of the past ten years receiving the „Metropolis“ Award 2016, best directed TV-series for „Suburbia – Women on the Edge“ Season 2 Episode 6.