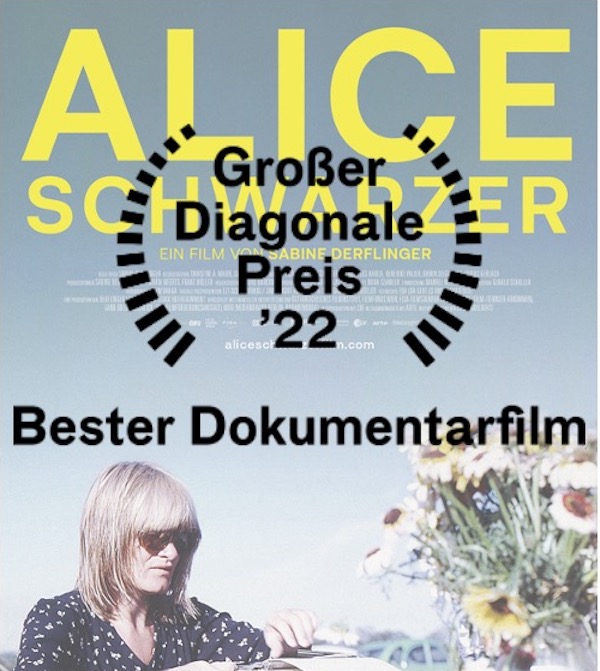 Explanation of the jury:

„For the courage to call a controversial subject by its name, for not allowing oneself to be taken in by prejudices, for the telling of a multifaceted story, driven by empathy and curiosity at the same time, for the skilful assembly of scenes and sequences that are neither chronologically nor thematically strictly ordered and yet follow a clear inner logic, for the great wealth of interviews and archives from all over the world, artfully interwoven, and for the chance to experience and understand history in a new way – and thus to step confidently into the future, the Grand Diagonale Prize for the best documentary goes to Sabine Derflinger and her team for the film Alice Schwarzer. Men, women and everyone else get the chance here in the cinema to classify the wave of Second Feminism and build on it, to follow for over two hours in a variety of stories and anecdotes a life course that was shaped in a straightforwardly complex way by society and politics and has shaped them. A film – like its protagonist – full of humour, warm-heartedness and repartee that can build bridges.“