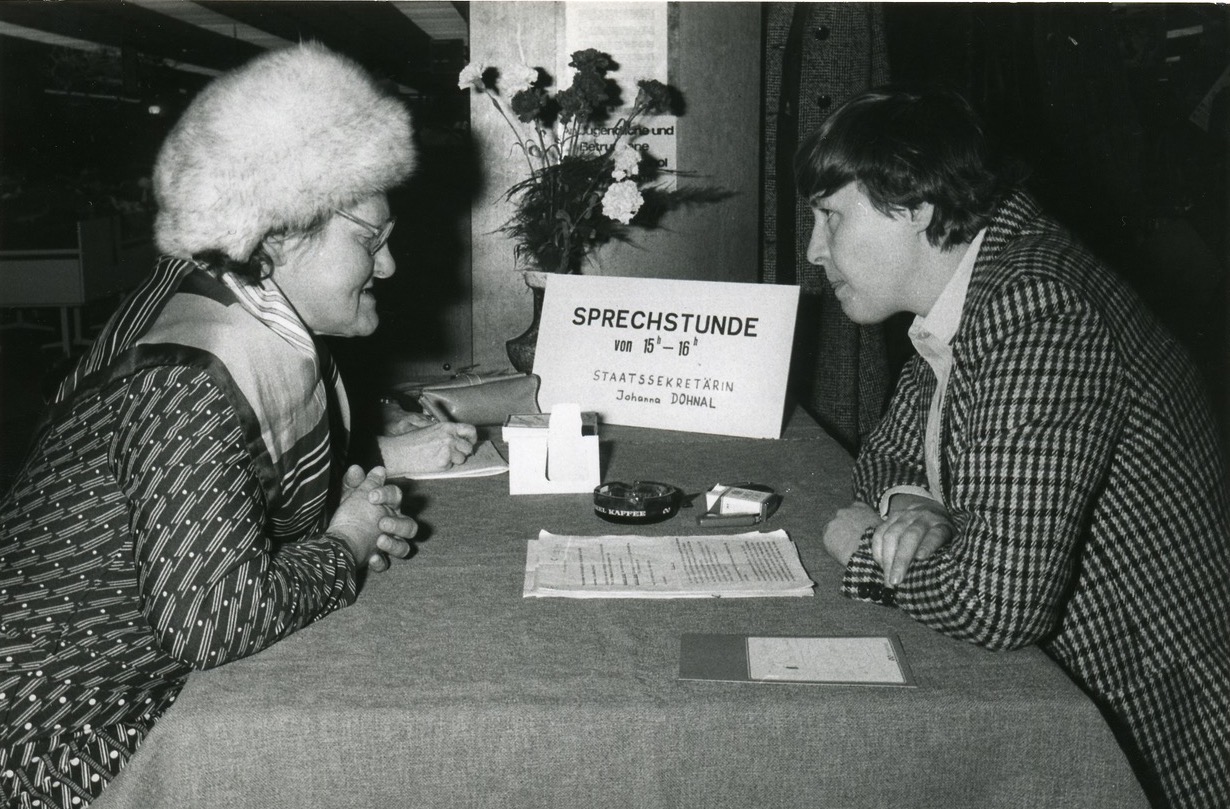 Explanation of the jury:

„We award the Diagonale Prize for Best Film to a film that at first glance resembles a portrait, the one of Johanna Dohnal, State Secretary for General Women’s Affairs, but which goes far beyond that framework to explore the current situation, in which activists of yesterday and today are intertwined. Johanna Dohnal, an icon of the Austrian feminist movement, has fought with all her strength and all her life for woman’s rights. Through the wealth of television archival material displayed, one can sense that her aura derives not only from her precise knowledge of feminist issues, but also from her freedom-loving verve, which energy is felt and highlighted throughout the film. But far from remaining stuck in the past, the film grows out of the present and many young women today speak about her, or express themselves on the current condition of women. A woman’s film, directed by a woman and delivered to the men and women of today. A jewel to all eyes.“